For the third time in four years we’re participating in The Ballpark Brewers Series, a collaborative effort from Resurgence Brewing, Big Ditch Brewing,
and yours truly. 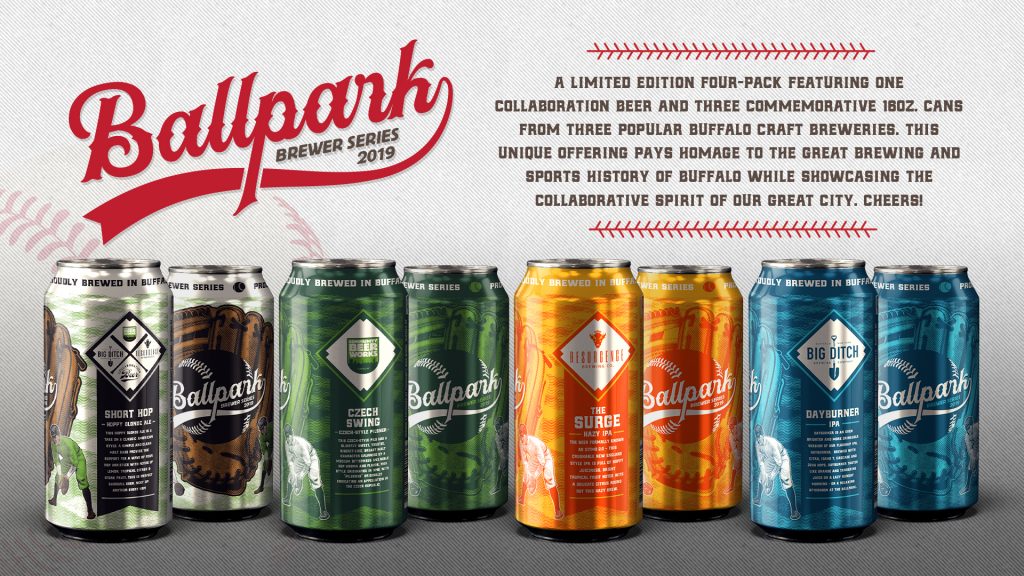 Short Hop will be produced at our 7th Street brewery later this month with help from Big Ditch and Resurgence.

Artwork for the Ballpark Brewers Series was crafted by our Brand Manager, Chris Groves. We may be biased but we sure think he did one heck of a job. 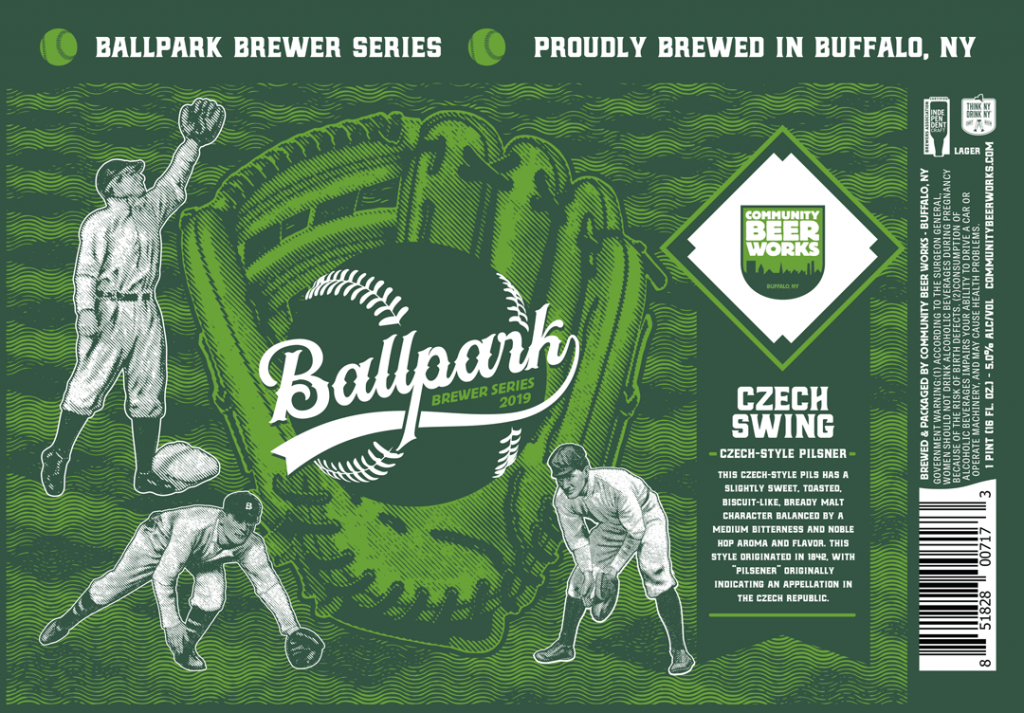 Czech Swing has a slightly sweet, toasted, biscuit-like, bread malt character balanced by a medium bitterness and Noble hop aroma and flavors. This style was originated in 1842, with “pilsner” originally indicating an appellation in the Czech Republic.

“We thought it would be nice to do something light, easy-drinking, approachable …Czech Swing seems like a baseball kind of beer.”
– Ethan Cox, President of CBW 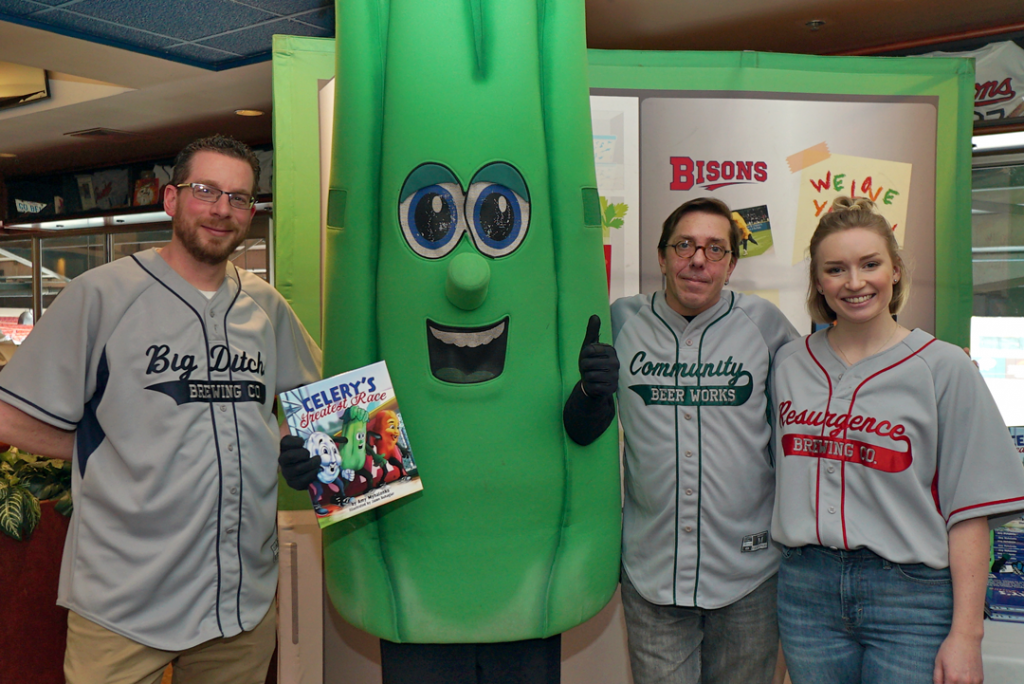 Starting Memorial Day weekend, the Ballpark Brewers Series will be available at Sahlen’s Field for Buffalo Bisons games, and in four packs at Consumers Beverages and Wegmans for $14.99.