General what is bctc

Brewery Ommegang, tents. All thats missing is the crowd!

Last weekend was Brewery Ommegang’s annual Belgium Comes to Cooperstown festival.Â  The fest offers a couple hundred beers from a slew of breweries at Ommegang’s gorgeous grounds outside of Cooperstown, NY.Â  Camping is encouraged, so when you finally decide to turn in bed is just a few steps away.Â  You don’t really want to turn in though.Â  The tasting itself runs 4 hours but a wonderful community springs up and people all over the grounds are sharing beer, food & camaraderie into the wee hours of the morning.

I headed to Cooperstown on Friday, with a quick stop in Ithaca to pick up a case of this year’s batch of Brute from Ithaca Brewing.Â  Brute is magic – I’d argue that its the best beer currently made in New York State.Â  But this post isn’t about Brute.Â  But we should write a post about Brute.

We arrived at Ommegang around 7pm and the VIP dinner had already started.Â  The VIP dinner is a beer & food pairing they put on for people who have purchased, well, VIP tickets.Â  Its usually 5 to 7 courses of higher end food paired with Ommegang/Duvel/Chouffe/Whatever other breweries Ommegang is directly associated with beers.Â  This year used the VIP dinner to roll out Aprhodite, a 9% fruit beer, brewed with raspberry, pear and brettanomyces. 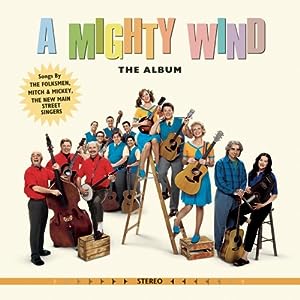 I skipped the dinner and hung out with friends from across the Northeast & Eastern Seaboard.Â  We shared a bunch of great beer and stories, talked about what was going on in our lives (its amazing how many people there are in the process of opening a brewery) and stared into the fire.Â  At some point we went wandering and found the campsite of a well known NYC bar that was happily sharing kegs of Ballast Point Sculpin and Mikkeller/Stillwater Our Side.Â  We ran into a guy we had never met before who handed us a 500ml bottle of an amazing homebrew gueuze.Â  I shared a bunch of CBW test batches as well as some things I’ve collected over the last year or so.Â  Someone opened a 5 year old 3 liter bottle of Russian River Temptation which ended up being one of the best beers of the weekend.Â  We set off a really large smoke bomb for some reason that made sense at the time.Â  At midnight Ommegang showed the movie A Mighty Wind on the side of their barn, drive in movie style.Â  I went to bed sometime around 2am, sad that I couldn’t keep visiting but knowing that the next day was going to be even better.

Upon waking up I needed two things.Â  Coffee and food.Â  Ommegang has a new cafe that was serving up both – pretty tasty versions of them too.Â  I ran into the guys from Psychobrew who built our brewing system and talked with them for a while.Â  Ommegang has a new pilot system based around a Psychobrew – which is super cool in a 6 degrees of Kevin Bacon kinda way. We had a few beers before the tasting portion of the fest began – most notably beers from a buddy who is working on starting up a brewery on Long Island, Spider Bite.Â  Check them out if you see them at a festival.

Then the fest began.Â  And oh, the fest.Â  It isn’t possible to sum up in words.Â  Yeah – there were some amazing beers that I can single out – Allagash brought a pin of their 100% spontaneously fermented gueuze.Â  Stillwater brought bottles of their Stateside Saison, aged in Chardonnay barrels and then infused with Brettanomyces.Â  Captain Lawrence brought their new Saison.Â  But the fest isn’t really possible to take in.Â  Its like standing in front of the Grand Canyon – yeah, you’ve seen it in pictures, but when its in front of you it seems fake.Â  Its just too massive.Â Â  I was at GABF last year & while there are fewer beers BCTC somehow seems bigger.Â  Its certainly more fun.

I only had 3 this year. I think my record was 7 a few years back.

And oh my god.Â  The Waffle Cabin comes and makes the best waffles on the face of the planet.Â  I’m on the verge of giggling just thinking about them now.

The tasting ends, eventually, and everyone goes back to their campsites.Â  Some people (like me, for instance) take a break and load up on water.Â  Its just a temporary break though.Â  I’d wager that on the Saturday night of BCTC there is more good beer opened & shared on the grounds of Brewery Ommegang than in the rest of the US combined.Â  So I wandered, shared beer, drank beer, talked & was constantly reminded just how great beer people are.

I made it until about midnight.Â  I got to hang out by the bonfire for a while but missed seeing Spinal Tap projected on the barn.Â  Sleep was very, very necessary.Â  When I woke up the valley was blanketed in a thick fog that had burned off by the time we loaded the tent into the car.Â Â  We drove away & found a diner near Cooperstown, slowly settling back into reality.

One comment on “Belgium (and Rudy) Comes to Cooperstown”