Note: The IPA does not contain any actual silver and should not be considered a viable werewolf control solution.

The Brewing News‘ National IPA Championship is over. I know we’ll all miss the thrills, the sport of it all and the antici

pation. I’ll miss the guaranteed news item to write about each week most of all! But all good things must come to an end. To recap: 128 IPAs were entered.

This. We beat this.

Let’s recap: there were 128 beers and Community Beer Works — us, the brewery less than a year old, my brewery — came in second place. Second!

It’s absolutely unreal. And amazing. And words for “great” that I haven’t come up with yet.

Speaking of IPAs, the all-belma hopped IPA we collaborated on with Spider Bite Brewing in Long Island is still around this week! It’s called Dirk Prowess because we like names that we can’t remember without looking at the “Currently On Tap” whiteboard. The name is an anagram of “Spider” and “Works”: it was that or “Dirk’s Powers” and, well, if I can include “prowess” in the name of a beer I will.

It’s 6.7% and available for a limited time. A small amount of it is going out to bars and the rest is at the brewery, ready to go into your growler!

But wait, that’s not all! This weekend is the Amber Waves of Grain homebrewing competition, and the beer we made in collaboration with the local clubs is ready. If you’re going to the Brewer’s Night Out banquet you’ll be able to get some on tap, but if not don’t worry: come down to retail and pick up a growler.

Did you realize it is now less than one month until our one year anniversary party at Coles and Mister Goodbar? It is! Keep the night open, friends, and come drink some beer with us!

We’ll be bringing some special beers to commemorate the occasion, and I’ve been cleared to reveal one a week (you’d be surprised how often I’m told something cool which is immediately followed by “do not Tweet that!“). Last week you learned about the Belgian Tripel.

This week? How about a double IPA with amarillo, cascade and zeus hops?

Don’t forget that the week before — Saturday 4/13 — is Beerology at the Museum of Science. If you love science and beer (and you should love both!) then it’s not something you’re going to want to miss. VIP tickets are already sold out, and general admission is always gone before the event starts, so if you’re going to go, buy them now!

Aren’t we the best? 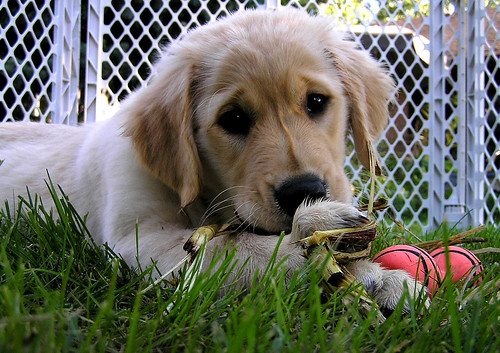 Well, Artvoice is doing its annual Best of Buffalo poll. There are, regrettably, no categories for you to nominate us for our beer. But then, Rudy just took second in NIPAC. Don’t want him getting a big head. No, there are no applicable brewery-specific categories for us, but there is “Best blog.”

I’ll be honest: my ego needs to be fed regularly. I love writing these updates (which, need I remind you, are now twice a week?). If you would nominate us for the best blog in Buffalo I’d sure appreciate it. There’s also Best Twitter, and, well, not only do we tell you what we’re pouring and what our hours are on demand, but we also provide Captain Picard gifs and palindromes. That’s worth a vote, right?