As I start this post, I see that WeatherUnderground.com is telling me it is -7 degrees outside. Â That’s minus 7, Fahrenheit; just across the river, I believe they’re calling it -21. Â Imma go out on a limb and call that “gosh-darn chilly!” Â Admittedly, we have a way to go yet before spit will freeze before it hits the ground–this ain’t Fairbanks–but when the weather is bitter cold like this, how could I really be expected to be thinking of anything besides hops?

Yeah, I said hops. Â Humulus lupulus, if you prefer. 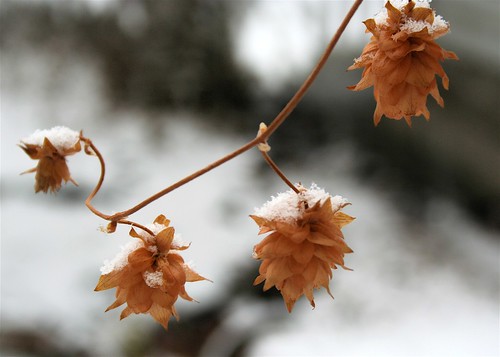 Still Bitter, But No Longer Useful In Beer

Probably, you’ve already heard tell of the fact that once upon a pre-Prohibition America, New York State was awash with hops. Â The region just east of the Finger Lakes– counties like Madison, Otsego and Schoharie–were the heart of an agricultural industry that, at it’s peak in the late 1800’s produced 60 million pounds annually. Â That is a lot of hops, and the national beer industry bought few elsewhere. Â As well, this created a demand for seasonal labor. Â Marc Pitaressi writes

Thus, farmers would send word to cities throughout New York State such as Albany, Troy, Schenectady, Utica, Syracuse, and Rochester [not Buffalo? -ed] inviting people to come and harvest hops. And because people in cities at the time were generally rather downtrodden economically, people (men and women alike) would come in droves to breathe the fresh country air. Men would be put to work removing the poles, which entailed cutting the vine at the bottom, pulling out the pole, and laying the pole across a box, where the women would then pick off the blossoms. Wayne went to great trouble to impress upon me thatÂ  harvesting hops was considered great fun, a break from the monotony of city life. Large parties were often thrown at night (the origin of the modern day “sock-hop”), where the workers from the city could blow off steam and meet new people.

That last part is obviously where the title comes in, and I find it utterlyÂ predictable but still fascinating that yet another aspect of beer has this huge socialÂ componentÂ to it. Â But I also find itÂ inspirational, and I see a way that CBW can tie together NYS history & present, local economyÂ sensibilities and community in one fell swoop, and it is this: by cultivating an urban hop-growing network.

What I envision is simply a loosely organizedÂ networkÂ of hop growers, in andÂ aroundÂ the city, throwing in some rhizomes for fun, and then possibly giving up some or all for a once or twice a year “harvest beer.” Â I have no illusions that home gardeners would be producing CBW’s hops for regular production, as we’ll certainly not only need vast quantities(!) of them but also need them assayed, possibly pelletized, and in more varietals than this area can grow well. Â But the idea of being able to do something akin to an “Urban Estate Beer” is very appealing, we think this coming spring is the time to get it on. Â After all, a new planting is known to take a good three years to get to aÂ decentÂ yield. 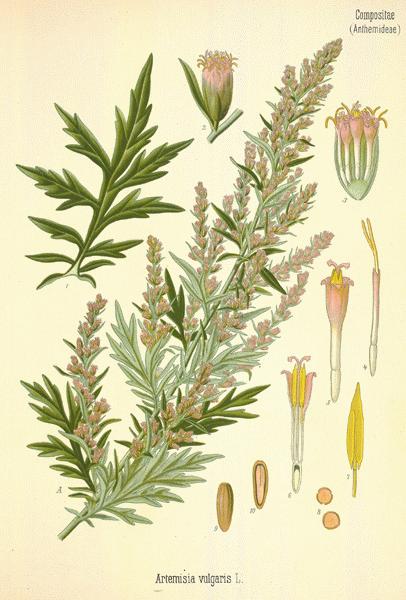 I’ll have more to say on this idea in the months ahead, but I did want to go ahead and throw it out there now, just to get the ball rolling (and lay claim to it, fair enough). Â For example,Â one furtherÂ extensionÂ of this concept that we are already organizing in parallel is to take oversight of one of the many vacant lots that pepper our west side neighborhood and turn it into a Brewer’s Garden. Â I foresee possibly something like central hopÂ trellises, perhaps with a path around, and on the perimeter some of the types of herbs and spices that could artfully be added to the right styles of beer, plants like mugwort, sweet gale, bog myrtle or heather. Â A place of quiet repose, perhaps, as much as a functional garden, and maybe a place for small events as well. Â Beyond that lies the possibility of getting some specialty grains–lovingly hand-malted, perhaps–from a group with more land such as the Wilson Street Farm or someone closer to CBW:HQ.

But for now: hops. Â Interested? Â Throw an email out to the Hopsmaster, Brian Castner, who has generously volunteered to organize the CBW Hops Corps, or… whatever it ends up being called. Â Over the coming months, he’ll be doing some research and networking in order that he, and therefore we, CBW, may be able to help you obtain, nurture, and eventually bring forth some of these wee “wolves among the willows” which are so very critical to the making of the beers we love the best.

You can reach Brian via email thusly: hopsmaster@ryanh67.sg-host.com