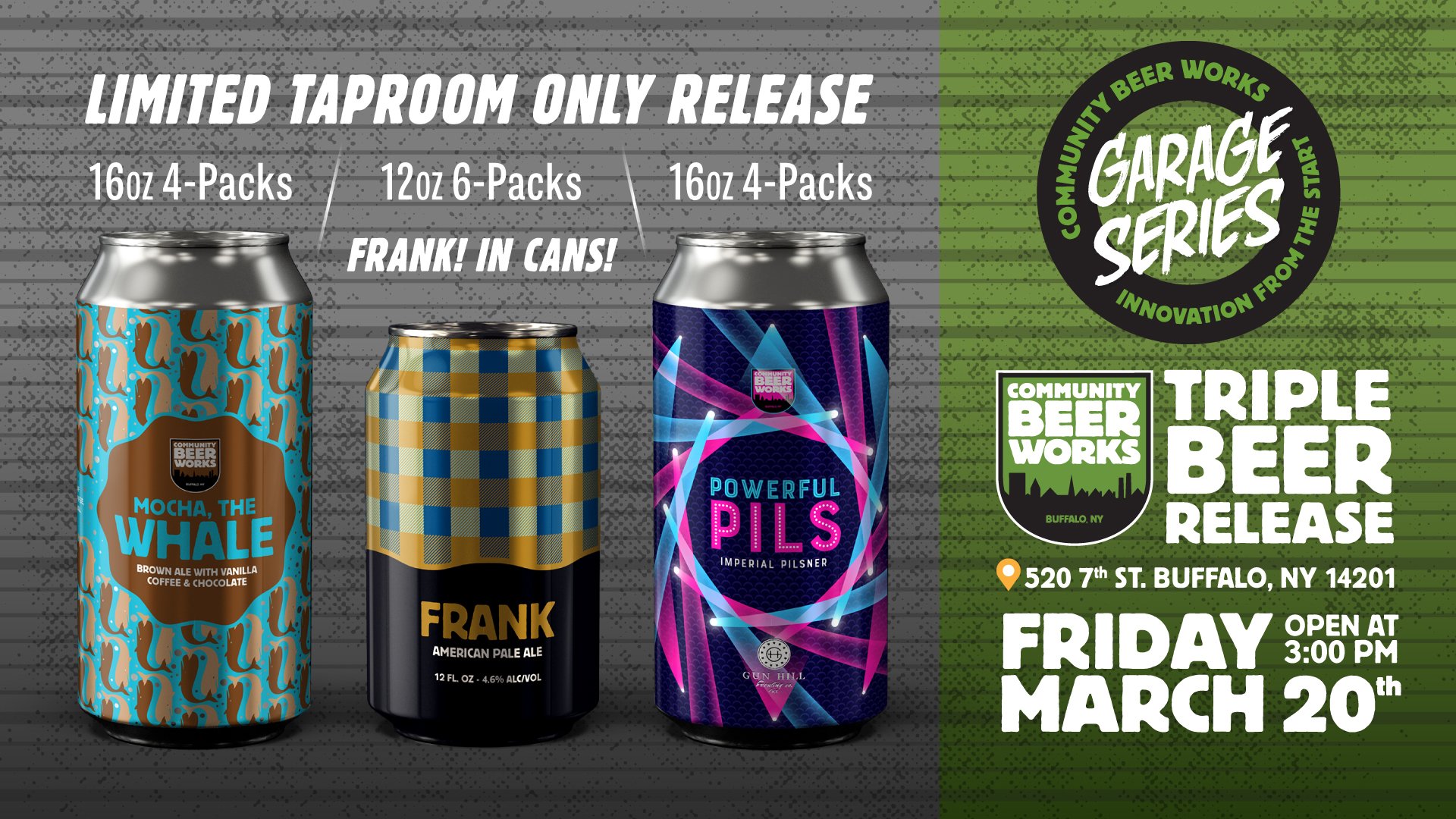 It’s the next three (of eight) Garage Series can releases on the road to our 8th anniversary*!

This round includes three limited beers you’ll only find in our taproom:

1. POWERFUL PILS
Built on a simple yet sturdy malt profile with a subtle bitterness and fresh Noble hop aromas. The result is a clear and pure pilsner that was brewed in collaboration with the fine folks from Gunhill Brewey!

2. MOCHA, THE WHALE
Imagine if The Whale Brown Ale consumed an ocean of cold brew from our friends at Tipico Coffee, plus cocoa nibs and vanilla, then overfilled itself into 16oz cans. 🐳☕️

Clear your schedule and get ready to stock up your beer fridge! Remember: you’ll only find this selection at our 7th Street Brewery & Taproom.