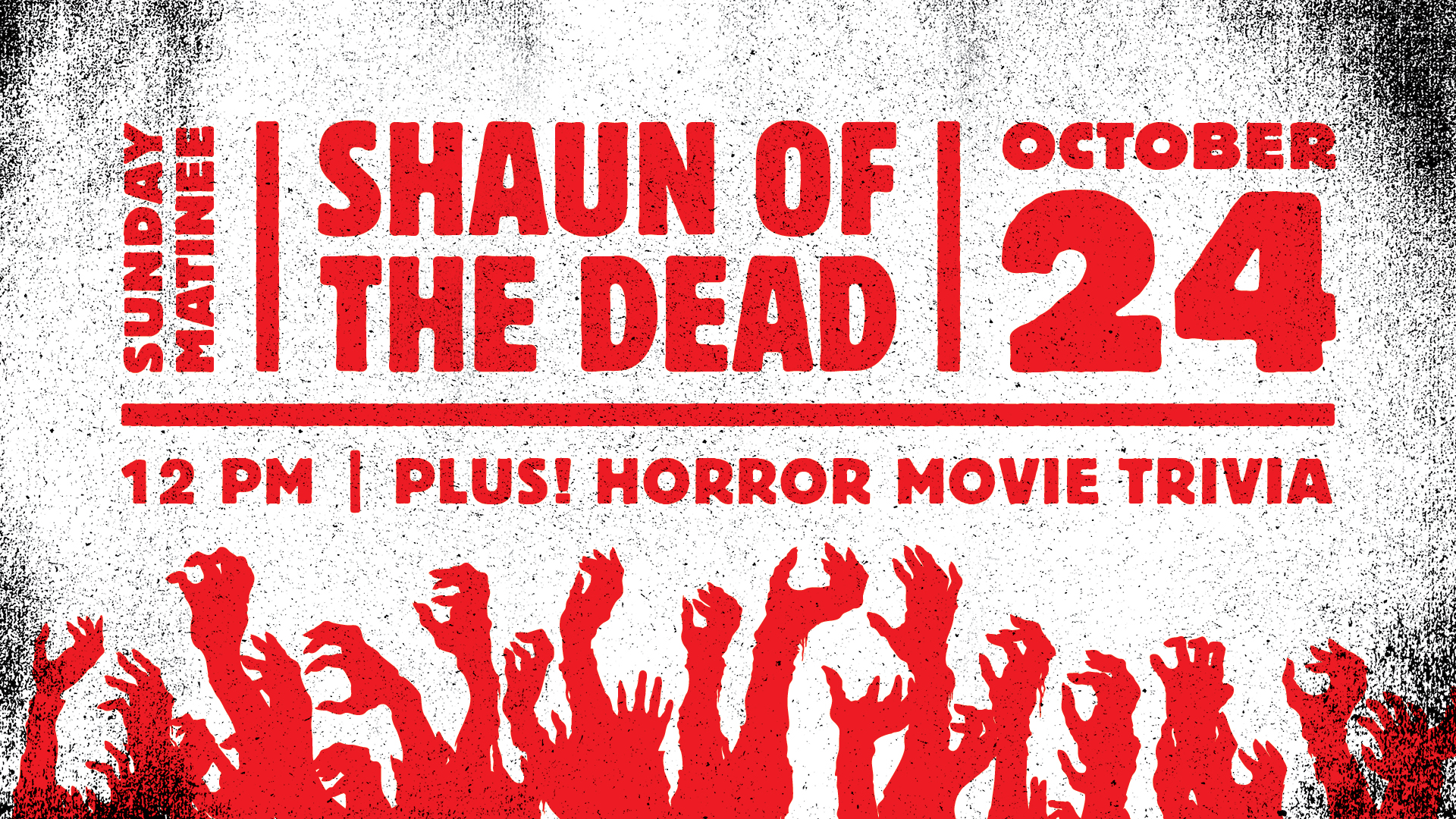 You’ve got red on you.
Join us on Sunday, October 24 for a special afternoon screening of everyone’s favorite British zombie-parody, “Shaun of the Dead”—with a spooky edition of horror movie trivia immediately following the film!
It’s a day at the cinema complete with prizes, popcorn and the Batman soundtrack!
Admission for the movie and trivia are both completely free!

That’s right, we’re starting the day by serving up Bloody Marys and listening to a curated playlist featurings songs from the “throwing records” scene plus the Shaun of the Dead soundtrack itself. Meta.

Seating is open—come early to grab your spot before the movie begins. We’ll be serving up our everyday food menu plus some specials and even pop-corn from What’s Pop-In Gourmet Popcorn!

A little breather before trivia starts / time to sign up your trivia team!
***Team and sign up details coming soon***

We’re playing multiple rounds of trivia with small prizes throughout and grand prizes at the end! Teams of 2-6 people are welcome to sign up.

ABOUT OUT BREWERY & TAPROOM

Our Brewery & Taproom will be open from noon to 8PM, serving our everyday food menu and food specials plus a variety of beverages from our full-service bar—with plenty of beer, of course! If beer isn’t your thing we offer wine, liquor/cocktails, and a rotating selection of local cider.