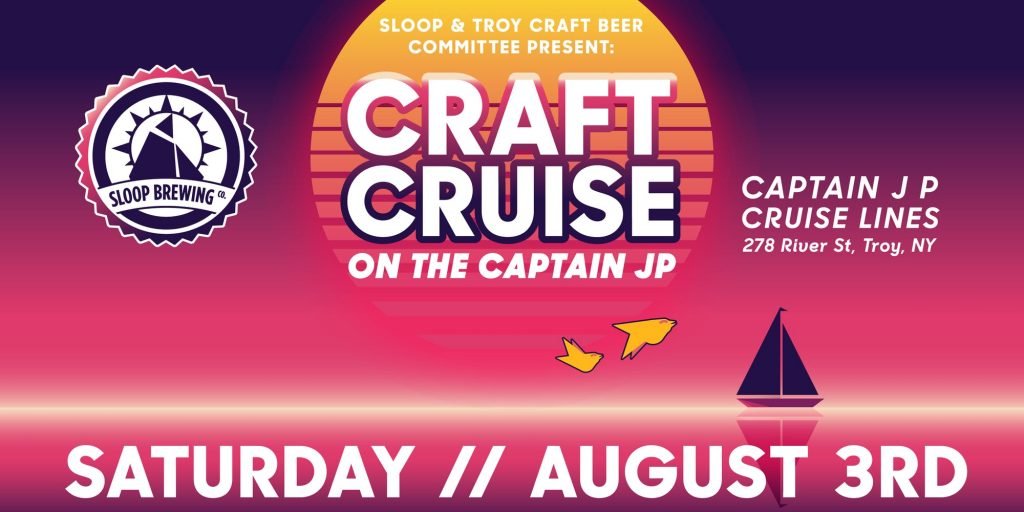 Climb aboard the Captain JP III for a VIP craft beer festival unlike any other!

Sloop Brewing Co. and the Troy Craft Beer Committee remind you not to forget your captain’s hat and party shirt as we set sail for greatness aboard the most luxurious cruise ship in Upstate New York. Tickets are extremely limited and once the ship is full… it’s full.

The scenic Hudson River will be our backdrop as we sample beer from the finest breweries in New York, including:

Your tickets include tastings from our 20+ New York breweries/cideries/meaderies, hard seltzer & cocktail tastings on the Party Deck, and a light snack on board. The Captain JP will also provide a cash bar for other refreshments.

Boarding begins at 1:30PM and the ship will depart at 2:00PM SHARP! Don’t get left behind!

Proceeds from this event will benefit Riverkeeper, New York’s clean water advocate, in their fight to seek out polluters and team up with citizen scientists and activists to reclaim the Hudson River.

This event and many others during the week brought to you by the Troy Craft Beer Committee! Check out the Beer Week page to see all of the epic goings on between July 29th and August 3rd!