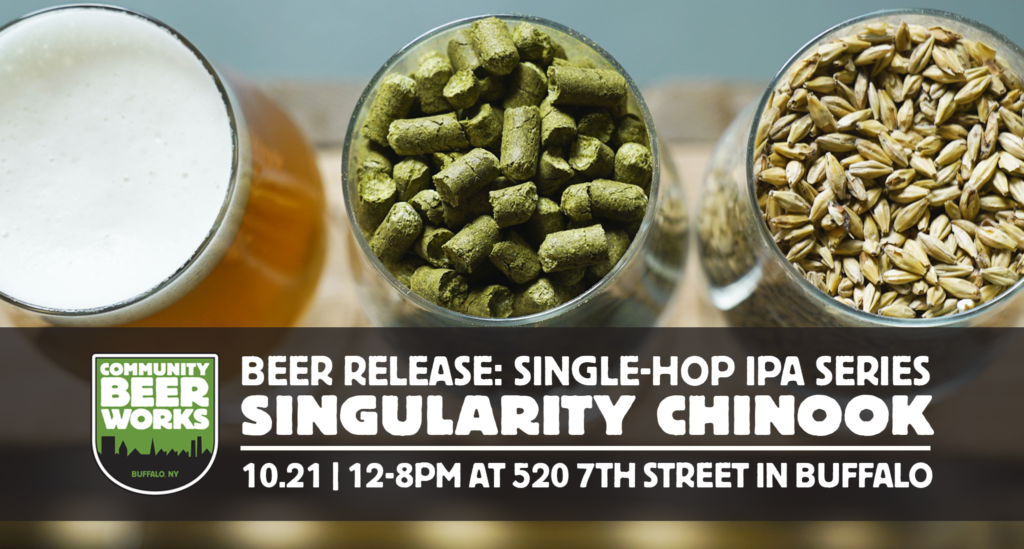 Behold! The wondrous return of our ever-recurring but rarely repeated, Singularity IPA.

Availability: Pints in our taproom or 32oz crowlers to go.

Singularity is an IPA series dedicated to exploring the intricacies of the hop. Each batch is made with the same grain and yeast recipe, but focuses on a single hop that changes with every brew. This time around, Singularity features the Chinook hop. A distinct hop that’s often used for IPAs, Chinook has medium intensity spice and pine characteristics, with subtle notes of grapefruit.

Come by 520 7th Street for a glass of Singularity Chinook, or for a freshly filled 32oz crowler to go!