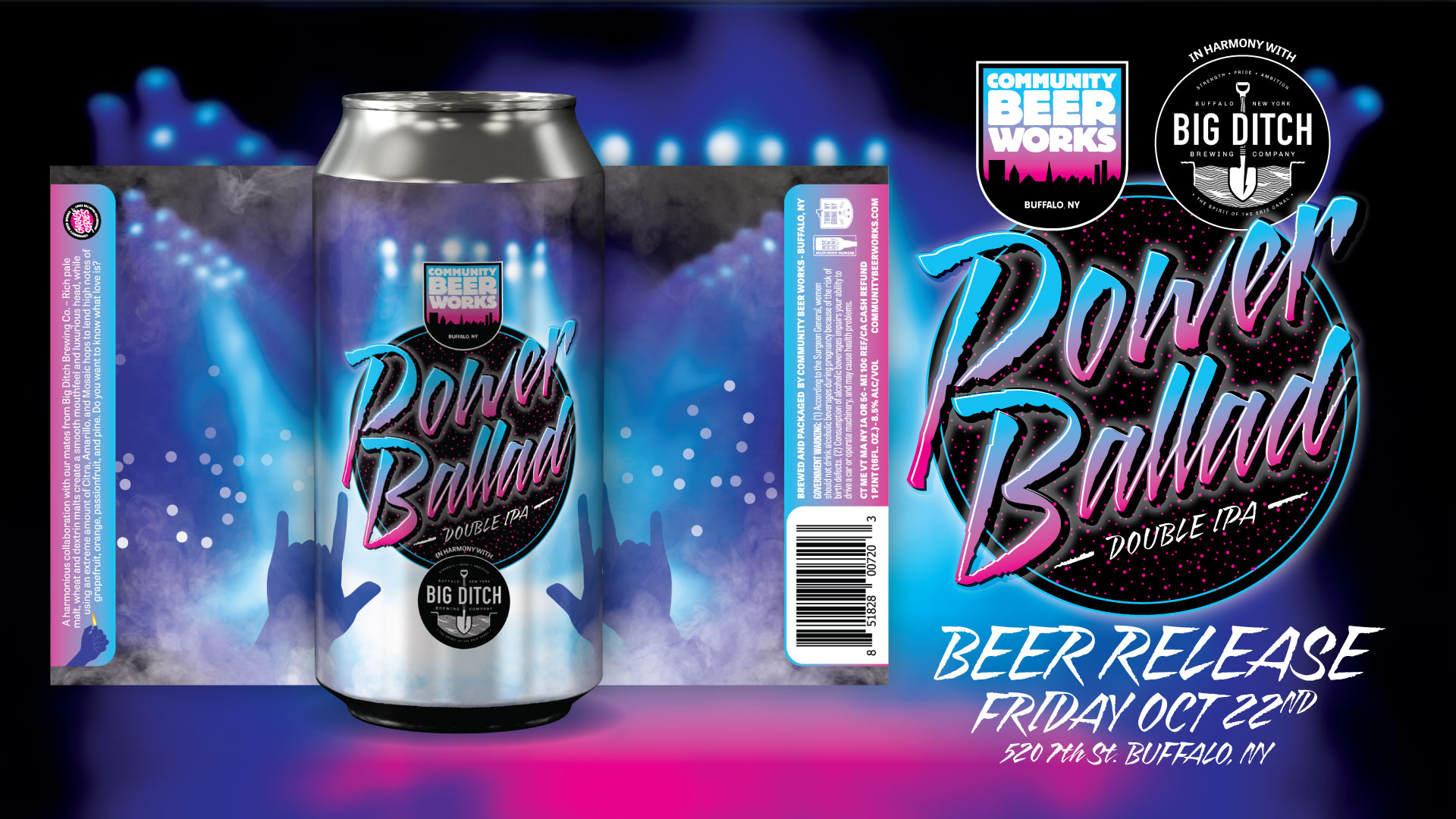 The future’s in the air…can feel it everywhere…blowing with the wind of change.

It’s the reunion you’ve all been waiting for…

Together again for a mindblowing tour of epic proportions…

Rich pale malt, wheat and dextrin malts create a smooth mouthfeel and luxurious head, while using an extreme amount of Citra, Amarillo, and Mosaic hops to lend high notes of grapefruit, orange, passionfruit, and pine. Do you want to know what love is?

Tour dates include October 22 at the Community Beer Works Amphitheater and Big Ditch Stadium. You’ll be able to grab copies of Power Ballad in stores soon!

BACK TO THE 80S HALLOWEEN PARTY

Whoa. Wait a minute, Doc. Are you trying to tell me that Community Beer Works is having a Halloween party complete with live 80’s music from Invisible Touch, a totally bitchin’ costume contest, food specials, a beer release, AND an arcade with half-price pinball?

Journey to the CBW Brewery & Taproom from 7PM to close on Friday, October 22 for a totally radical Halloween party! Click here for details.

Power Ballad is back for now, but it’s not forever. Grab this beer before it disappears once more into a cloud of fog and lighter flickers!