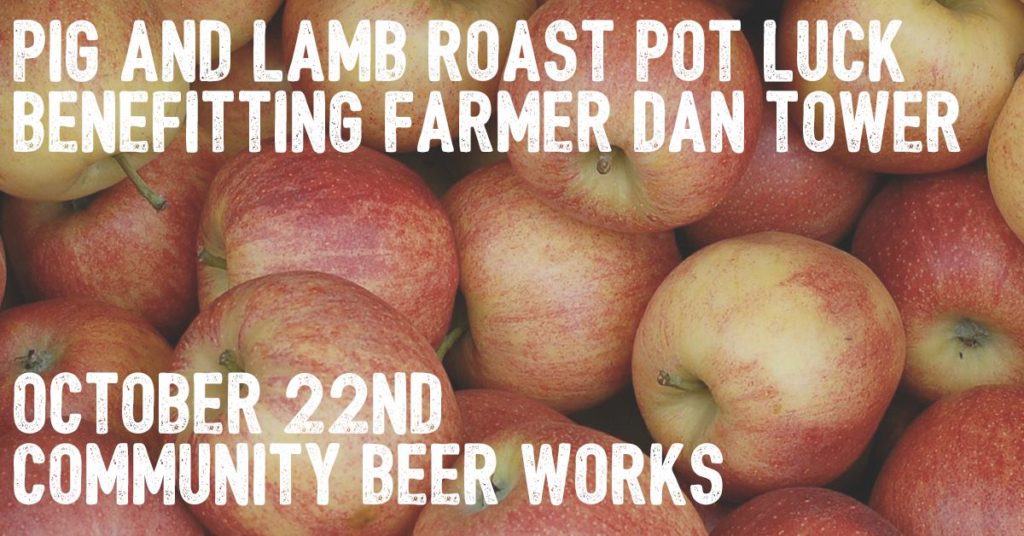 Dan Tower Farm has been a staple of the Niagara and Erie County community for many years. His produce has graced the stands of farmers markets, local co-ops, and been celebrated on the menus of the areas best restaurants. Whether you are familiar with his peaches, plums, cherries or pears. Or you bake using his wide variety of apples, or cider, Dan Tower Farm has played an integral role in supporting its surrounding communities for so long and the time has come for the community to come together to support Dan, and his wife Iris.

In the early Fall of 2018, Dan Tower was diagnosed with Pancreatic Cancer. As we learned of the news, many local farmers and artisans worked together to put on a Pig Roast and Pot Luck BBQ to help alleviate some of the financial burden associated with his diagnosis. Dan’s impact on the local culinary scene and farming communities became even more evident as chef’s and farmers teamed up to create an evening of food, drink and music that should not be missed.

The main feature of the evening will be an Always Something Farm pig roasted by Chef Steven Gedra of The Black Sheep.

Appetizers, Side Dishes, Pastries and Breads will be prepared by: