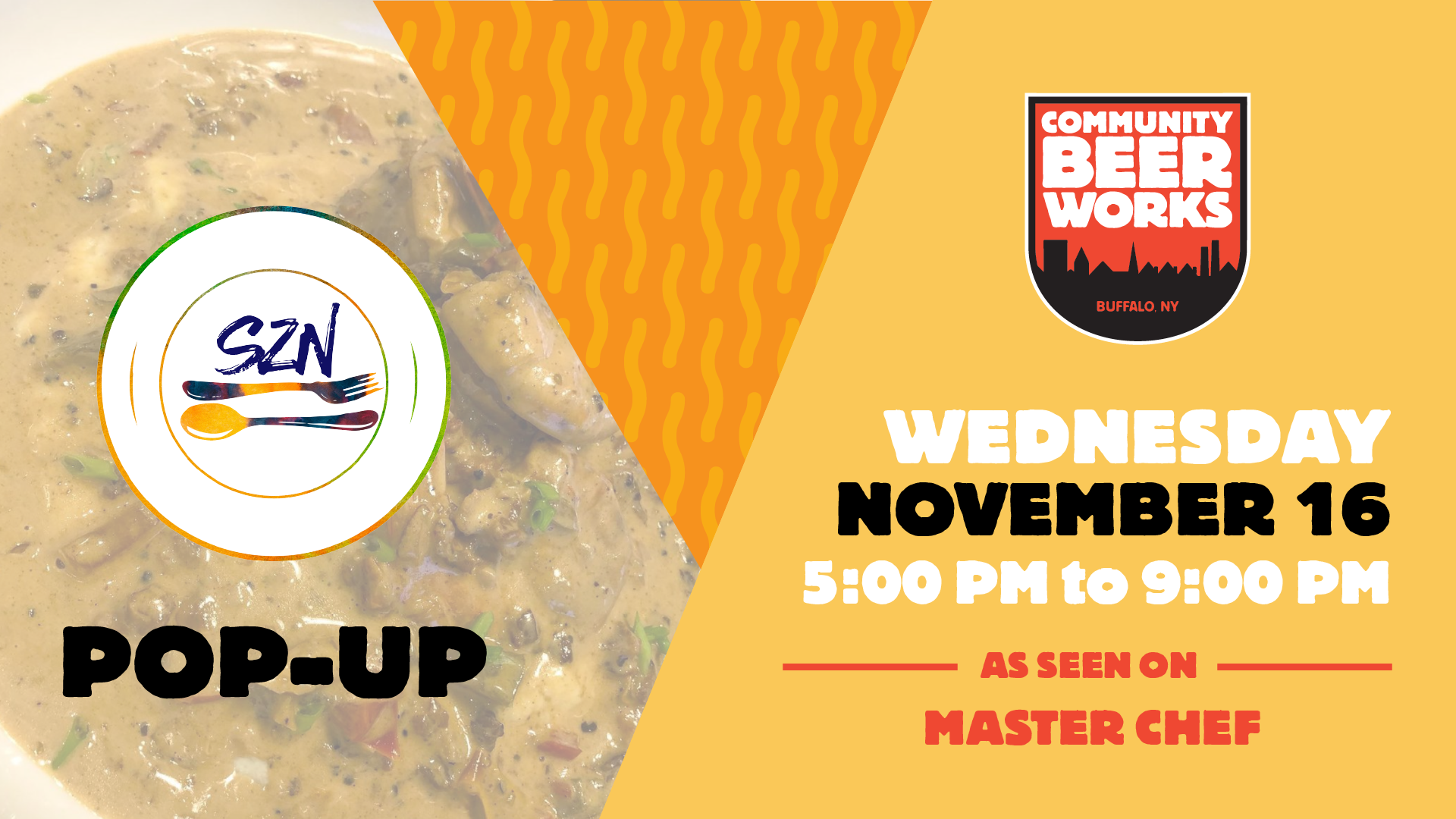 Check out this kitchen pop up hosted by Chef Josey of @sznbflo!

On Wednesday, November 16th SZN is taking over our kitchen with this delicious menu!

Jumbo jalapeños PACKED with bacon, buffalo chicken, and cheese, then fried to a golden crisp with our Signature B-LO Sauce.

The ooey-gooey feeling comes to mind with this eggroll. That nostalgic vibe with our modern take of a classic cinnamon roll bun. We at SZN have taken it a step further by pairing it with our signature cinnamon cream cheese dipping sauce. We simply call this SZN Sweet!!!