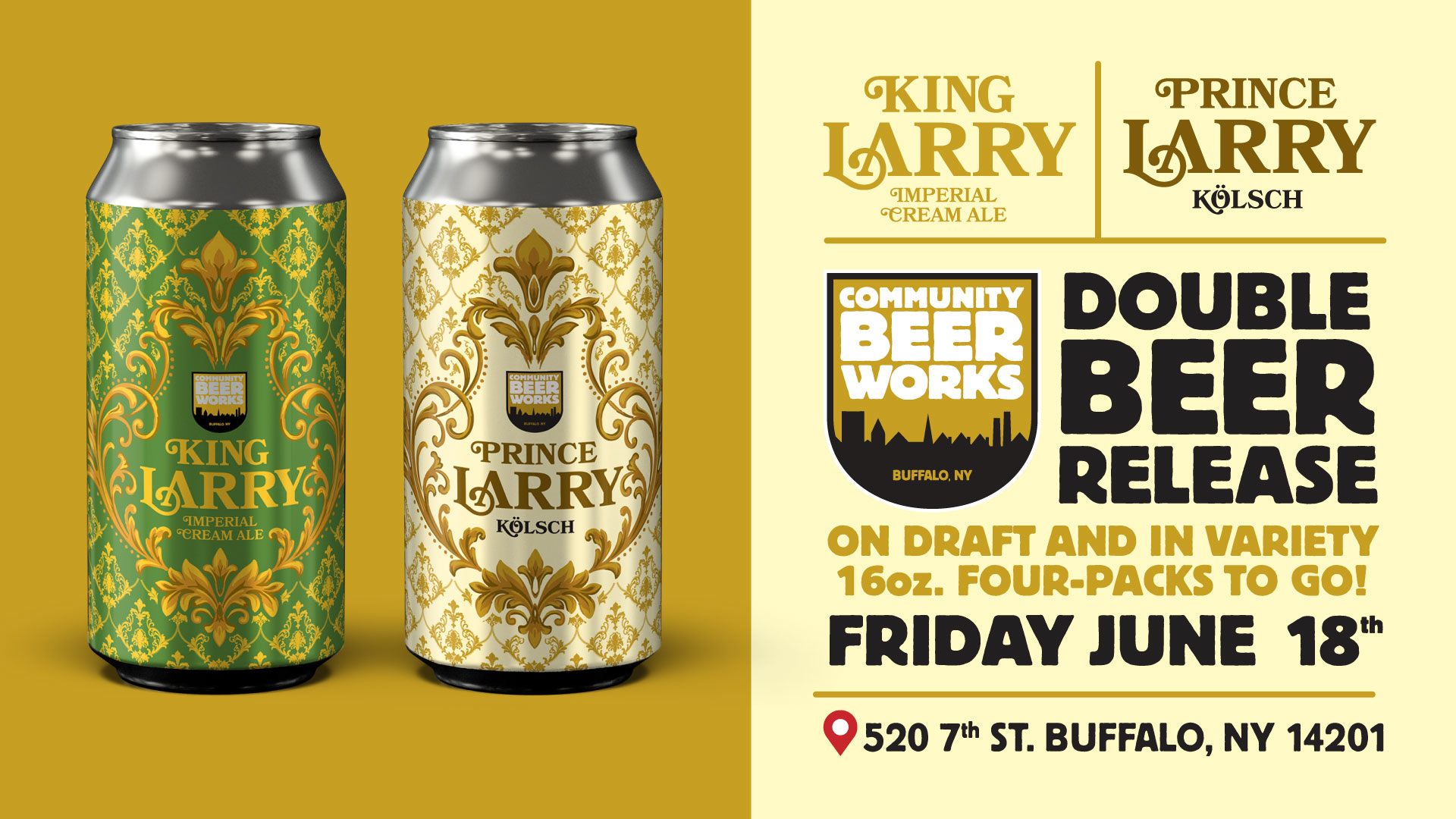 Join us this Friday for a beer release of royal proportions!

KING LARRY RETURNS WITH A PRINCE

King Larry Imperial Cream Ale is back! And this time his royal highness has brought along a princely companion:

Enjoy King Larry and Prince Larry on draft, or buy them together in mixed four-packs to go! Each four-pack features two of each:

Fortified by a huge malt bill, King Larry is an incredibly crisp and smooth, dry-hopped cream ale fit to share.

Straw-gold in color, this prince is supremely crisp, clean and perfectly suited for more than just one!

Get ready to enjoy this stately pair on draft in our taproom, in your backyard, or really wherever you can use a touch of class!

Royal tip: You can order online for quick pick-up or home delivery at communitybeerworks.com/deliveries!