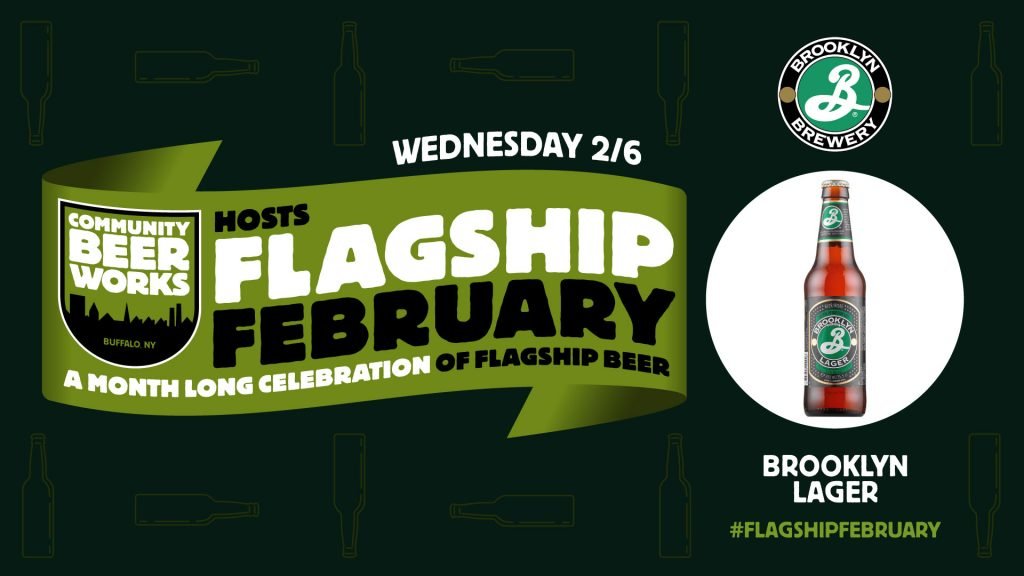 We’re kicking it all off with Brooklyn Lager from The Brooklyn Brewery.

“I remember having this for the first time, also New Amsterdam Lager, and just being so impressed that a light, lager-style beer could have flavor—soft, rounded malt flavor—and still be crushable, low ABV, and come from a small company. Probably, I had it not too long after its debut. And then the hits just kept on coming! I love their East India Pale Ale, and the Black Chocolate Stout that was Garrett Oliver’s first recipe. And, I miss Monster, their barleywine; RIP Truly one of my inspiration breweries and beers.” – Ethan Cox, President of CBW

Join us on 2/6 to celebrate Brooklyn Lager, and save the dates for our upcoming flagship features: