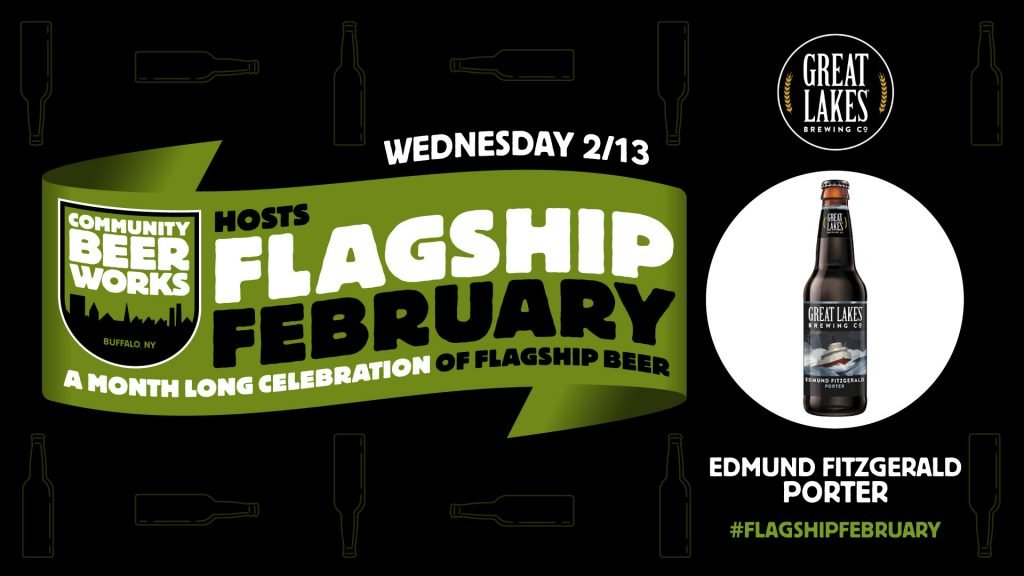 Next up we’re focusing on a Buffalo favorite from across the lake: Edmund Fitzgerald Porter from Great Lakes Brewing Company.

“I can only really say three things. One is that, since their founding, Great Lakes has been the very model of a great, community-oriented, local brewery, and if CBW grows to be even half the company they are, I’ll be really proud of us. Second, Edmund Fitzgerald is, in my opinion, the very definition of an American Porter, and I hold it in the highest regard, alongside Black Butte from Deschutes which we cannot get here. And third, at my Local, this is on and has always been for the entire 11 years since I’ve moved back home. Indeed, most of the bartenders know what I want if I simply ask for a Lightfoot.” – Ethan Cox, President of CBW

Join us on 2/13 to celebrate Eddie Fitz, and save the dates for our upcoming flagship features: