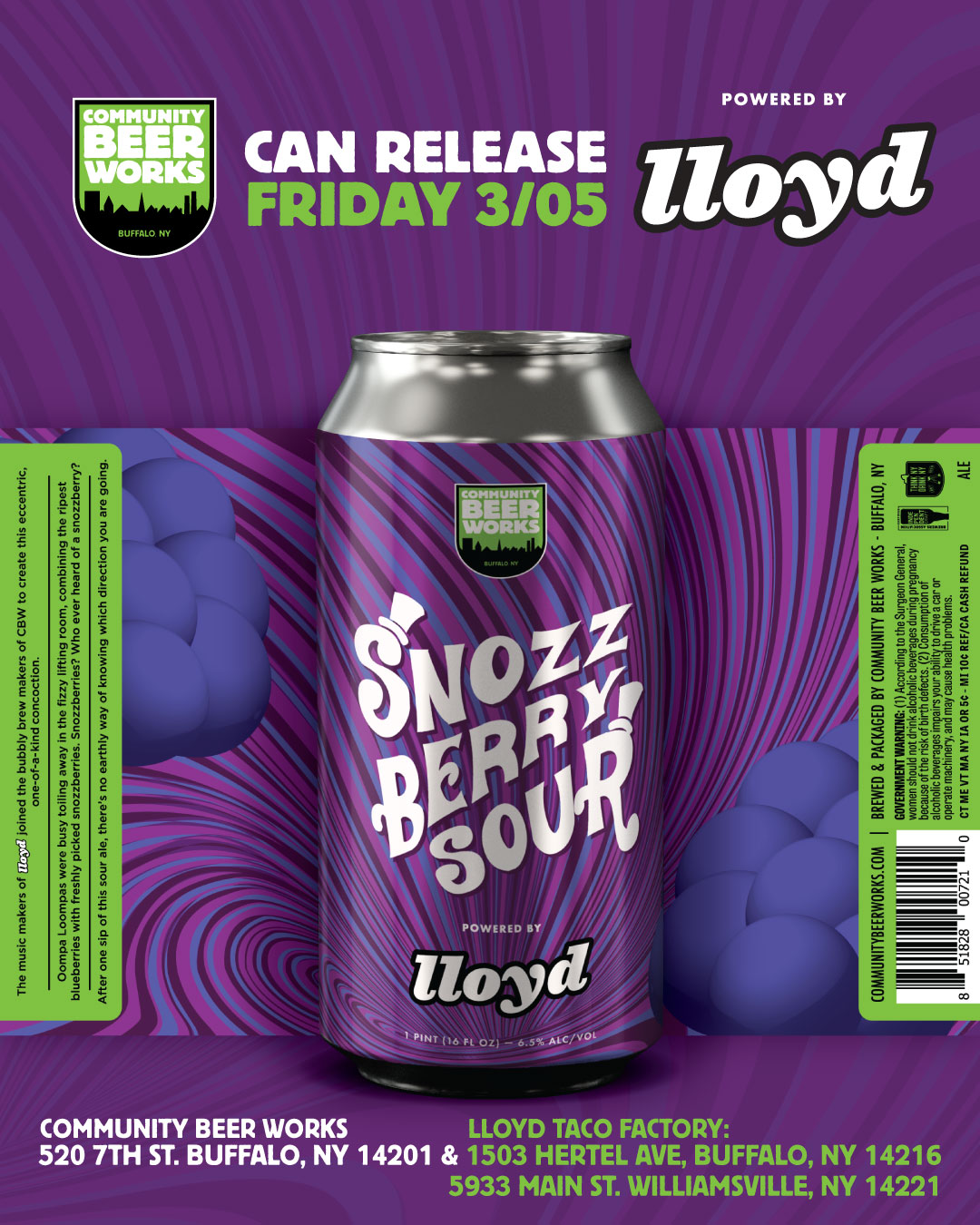 A LITTLE NONSENSE NOW AND THEN…

The music makers of lloyd joined the bubbly brew makers of CBW to create an eccentric, one-of-a-kind concoction:

This kettle sour ale is brewed by Community Beer Works with oodles of blueberries, fresh ginger purée, lemon, and snozzberies. Snozzberries? Who ever heard of a snozzberry!? Powered by lloyd, Snozzberry Sour is 93% perspiration, 6% electricity, 4% evaporation, and 2% pure imagination; it pours a deep purple thanks to the addition of butterfly-pea blossom tea for color!

After one sip of this sour ale, there’s no Earthly way of knowing which direction you are going.

THE SUSPENSE IS TERRIBLE

Starting Fri, March 5th, a limited batch of Snozzberry Sour will be available to enjoy at both lloyd Taco Factories, and in four-packs to go from Community Beer Works’ West Side brewery.

So much time and so little to do. Wait a minute. Strike that. Reverse it.