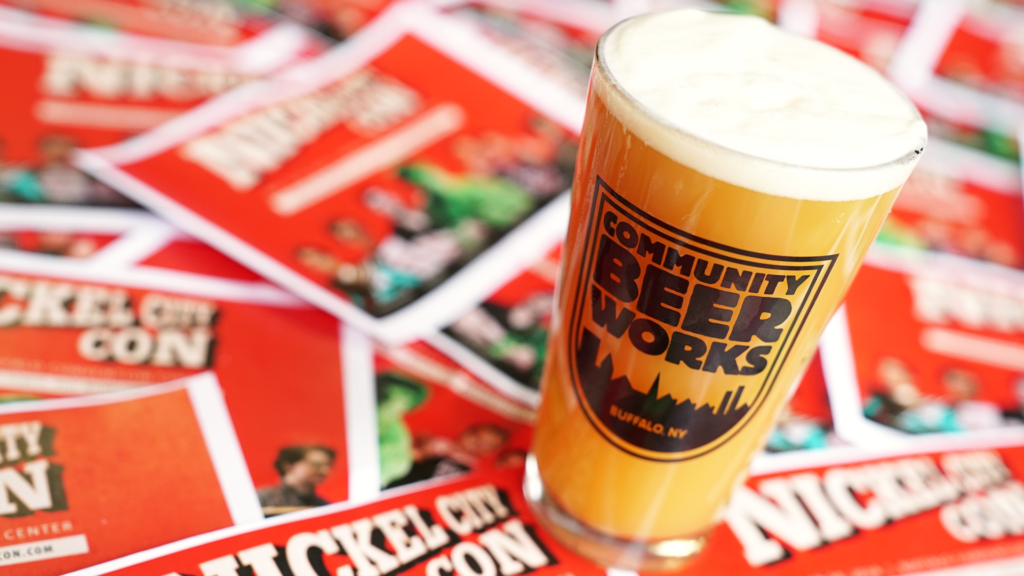 For the past two years we’ve made a special beer just for Nickel City Con. Last year we decided to have a CONtest to let YOU, the viewer at home, name it. We also gave away CBW swag, plus Con tickets for the winning name.

First we asked YOU to submit your name ideas. From your submissions the CBW & NCC Selection Committee on Beer Naming (CBWNCCSCOBN) rigorously selected the top FIVE. And then we asked for your help again by voting for the final TWO (we’ll be posting a Facebook poll on Monday, March 19 that you can vote on through Thursday, March 22). Now we need your help one last time…

On Friday, March 23 our brewery will have ballots for the final two names. PLUS we’ll have the unnamed NCC Pale Ale on tap for you to try while deciding the fate of its name. Have a pint and cast a vote—it’s the American Pale Ale way!

The person with the winning name will get two (2) three-day passes to Nickel City Con 2018, CBW swag, and a growler of the beer that they named.

So come to our Lafayette Ave taproom for your first chance to try this year’s NCC beer, and your last chance to help us name it.