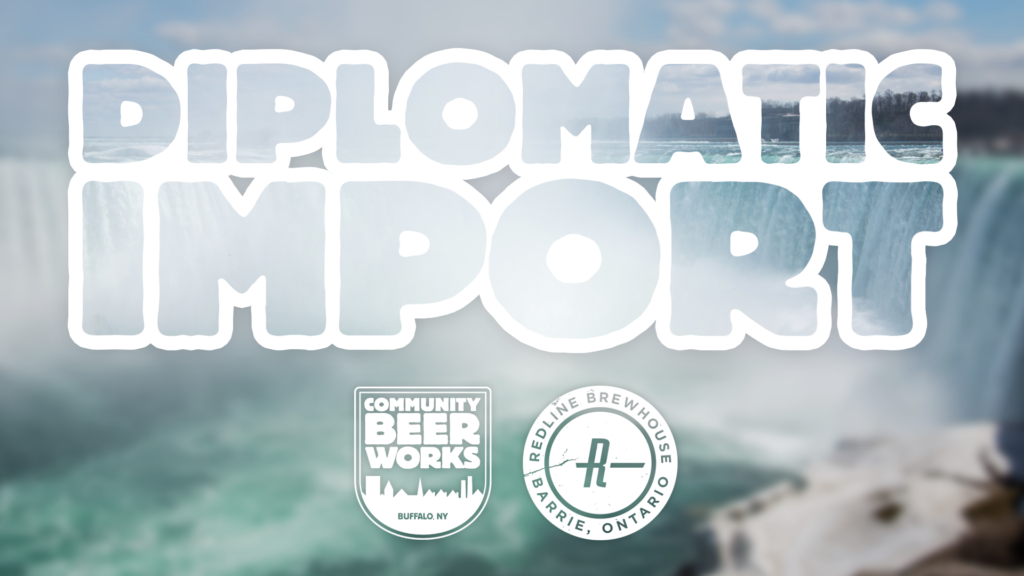 Our friends at Redline Brewhouse in Barrie, Ontario traveled down to Buffalo to brew a double IPA with us. Originally for the Canadian American Beer Festival (which was cancelled due to beer import rules), our double IPA lives on as the tropical fruit bomb, “Diplomatic Import”.

Diplomatic Import pacts notes of pineapple, passionfruit and melange de citrus with a slight alcohol warmth and a medium-soft mouthfeel.

Come to our Lafayette Ave taproom to experience this wonder of international collaboration. Diplomatic Import will also be available with the good people atPizza Plant Italian Pub – Williamsville this Sunday for Canadian American Beer Fest Beta.